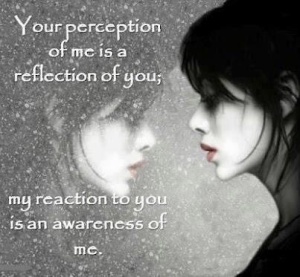 After a bit more than a month of writing articles on the subject of Hong Kong I’ve become a bit fascinated by the subject of Reality due to the disparity in views exhibited through the many comments that followed from my articles, as well as disparity in general anywhere you look. More often than not the view presented by someone, backed by his/her experience is sometimes presented as reality – if not infallible almost an absolute. But how can it be that two people have had almost the same experience or exposure to situations and despite this they are opposing in their belief of what reality is? Walter Lippmann made some astute comments on the subject of reality. Among many things he stated:

“When distant and unfamiliar and complex things are communicated to great masses of people, the truth suffers a considerable and often a radical distortion. The complex is made over into the simple, the hypothetical into the dogmatic, and the relative into an absolute.” “We are all captives of the picture in our head – our belief that the world we have experienced is the world that really exists.” “The tendency of the casual mind is to pick out or stumble upon a sample which supports or defies its prejudices, and then to make it the representative of a whole class.”

The subject of reality is a fascinating topic which has been endlessly debated since the dawn of man. All of our experiences – our perceptions, sensations, dreams, thoughts and feelings – are forms appearing in consciousness. When you see a dog it seems as though you see the dog directly. But science tells us something different is happening. Science will tell you that light has entered through the eye and triggered chemical reactions in the retina. These produce electro-chemical impulses which travel along nerve channels to the brain. The brain analyses the data it receives, and then creates its own picture of what is out there. You then have the experience of seeing a dog.

But what you are actually experiencing is not the dog itself, only the mental image that appears in your mind. This is true of everything you and everyone else experience. Everything we know, perceive, and imagine, every color, sound, sensation, every thought and every feeling, is a form appearing in the mind. Some philosophers have written much on the concept that our image of reality is all an illusion, but as I see it that is an incomplete description. It may all be an appearance in the mind, but it is nonetheless “real”, at least the only reality we will probably ever know in this life.

The illusion comes when we confuse the reality we experience with the physical reality, the thing-in-itself. The Vedantic philosophers of ancient India spoke of this confusion as maya. Often translated as “illusion” (a false perception of the world), maya is better interpreted as “delusion” (a false belief about the world). We suffer a delusion when we believe the images in our minds are the external world. We deceive ourselves when we think that the dog we see is the dog itself. In an earlier article I wrote I covered the subject of reality a bit. Here’s one excerpt from that article:

There are two common ways a person ordinarily accepts things, neither of them very good. One is to accept a statement because “Authority” says it is true and must be accepted, and the other is by social pressure of agreement amongst other people. Social pressure of agreement is all too often the general public test for sanity or insanity. Suppose someone were to walk into a crowded room and suddenly point to the ceiling saying, “Oh, look! There’s a huge alien on the ceiling!” Everyone would look up, but no one else would see the alien. Finally someone would tell him so. “Oh, yes, there is” he would declare, and become very angry when he found that no one would agree with him. If he continued to declare his belief in the existence of the alien, he would very soon find himself declared insane. The basic concept of sanity, the way it is viewed in this society, is whether or not a person agrees with everyone else. It is a very sloppy manner of accepting evidence, but all too often it is the primary means of assigning the label of sanity. And then of course the Rule of Authority: “Does Dr. J. Smith agree with your proposition? No? Then, of course, it cannot be true. Dr. Smith is an eminent authority in the field!”

So the subject of reality seem to some degree to be subjective. Ask the police or court systems about this. At the scene of the crime there were 5 witnesses. Each one has a different story with different details to tell, but each one witnessed the same event… And here I’m discounting any attempt of bearing false witness. The factor of observation is inherently interconnected with reality. Later in my article I cover that subject to some extent:

Knowledge isn’t just understanding of data but certainty it is so. To be certain one has to be able to look and observe what is actually in front of one. Certainty includes clarity of observation. When an individual is less certain on a subject, including himself, the less rational one can expect that individual to be upon that subject. Rationality is partially comprised of certainty. Certainty and rationality could be said to partially stem from clarity of observation. Rationality can be trained by learning to recognize differences, similarities and identities. Information isn’t the same as knowledge and data. Information is valuable to the degree that you can use it. Knowledge is certainty and understanding of data. Data is something one uses to think with. It isn’t thinking itself. The greatest ability of thinking is differentiation. Differentiation is the ability to tell the full difference between one person and another; one object and another. The opposite is identification which could be defined as the inability to evaluate differences in time, location, form, composition or importance. So long as one can differentiate, one is somewhat sane and logical.

So there is an external world and that is its own reality. Then each and every one of us has our own reality formed through data, knowledge, experience and observation, none of which can be said to be “wrong”. Medically you could perhaps deem an insane or very irrational person’s reality as “wrong” but even in this person’s case, whatever is in his or her mind, is probably fully real to him or her.

Relative reality between people seems to be more about agreement or lack of agreement rather than absolute rights and wrongs. Integrity has a lot to do with sticking up for what you believe in, or believe is right. It is based on your own reality and moral and ethical adjudications of such. Therefore, to keep ones integrity one probably should stick to what one finds is real to him or her, according to his or her own observation, even if someone else finds it “wrong”.

Changing one’s own reality would include one’s own observation, experience or acquisition of new data – not because somebody else said it was wrong, though that can be a signpost to look for further data. So the next time someone tells you that you are wrong, give him or her a smile and make up your own mind about it, and if you have made up your mind about it and you still don’t think any differently, well that’s fair enough and onwards and upwards!

“A few years ago, the city council of Monza, Italy, barred pet owners from keeping goldfish in curved bowls… saying that it is cruel to keep a fish in a bowl with curved sides because, gazing out, the fish would have a distorted view of reality. But how do we know we have the true, undistorted picture of reality?”  Stephen Hawking

Looking for something specific?